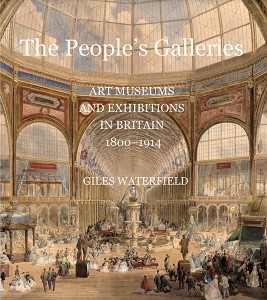 “This innovative history of British art museums begins in the early 19th century. The National Gallery and the South Kensington Museum (now the Victoria and Albert Museum) in London may have been at the center of activity, but museums in cities such as Glasgow, Leeds, Liverpool, Manchester, and Nottingham were immensely popular and attracted enthusiastic audiences. The People’s Galleries traces the rise of art museums in Britain through World War I, focusing on the phenomenon of municipal galleries. This richly illustrated book argues that these regional museums represented a new type of institution: an art gallery for a working-class audience, appropriate for the rapidly expanding cities and shaped by liberal ideals. As their broad appeal weakened with the new century, they adapted and became more conventional. Using a wide range of sources, the book studies the patrons and the publics, the collecting policies, the temporary exhibitions, and the architecture of these institutions, as well as the complex range of reasons for their foundation”

Giles Waterfield is director of Royal Collection Studies, associate lecturer at the Courtauld Institute of Art, and an independent curator.