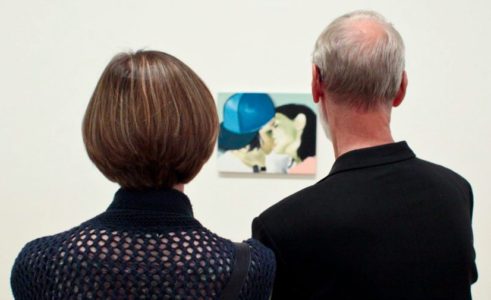 Whatever happened to ‘Eastern Europe’? Join us for an intensive 3-day-course as we take an in-depth look at the contemporary art scene in a number of major cities in the former Communist bloc.  An Introduction to Global Art: The New East will offer an invaluable guide to the art, critical framework, institutions and collections which have helped redefine our thinking about the cultural map of this region today.

This is a unique opportunity to engage in lively discussion and debate with experts and insiders who will consider the artists, institutions and networks in a selection of the major centres; including Belgrade, Berlin, Bucharest, Kiev, Moscow, Sarajevo and Warsaw. The day will also include guided field trips to learn about this remarkable region from London-based institutions such as Calvert 22 Foundation to visit Dmitri Prigov. Theatre of Revolutionary Action and a visit to Tate Modern to view relevant works from the region in the collection and to see the exhibition, Not Everyone will be Taken into the Future by Ilya and Emilia Kabakov.

Lunch and refreshments will be included in the course fee

Introduction by art historian and course chair, Anna Moszynska, who will contextualise what will be addressed within its historical, social-political background, briefly identifying key historic and contemporary figures.

The morning session is devoted to the city of WARSAW. Kaja Pawelek (curator, art historian and writer) examines the artistic context of the city while Dr Katarzyna Murawska-Muthesius (curator and lecturer, Birkbeck College) looks at the changes in museums and at the new art institutions which have developed there since 1989.

The afternoon session is devoted to EAST BERLIN and LEIPZIG, placed in context with Dresden and Halle. These centres will be discussed by Berlin-based international curator, art historian and critic, Mark Gisbourne, who looks at the way in which artists and networks within the former DDR have helped to reconfigure the current German art scene, from the collapse of the Berlin Wall to the present.  Artists discussed will include Martin Kobe, Arno Rink, David Schnell and Matthias Weischer.

The morning session examines the evolving art situation in MOSCOW and is led by Professor Sarah Wilson (Courtauld Institute).  Talks on Moscow will be followed by a focused exhibition talk on the art of Ilya and Emilia Kabakov.

The afternoon will be devoted to looking at relevant art on view in London.  Activities will include an introduction to the gallery and tour of the exhibition, on Moscow Conceptualist Dmitry Prigov, led by Elena Pakhomova at Calvert22 Foundation.  This will be followed by a visit to Tate Modern to view relevant works from the region in the collection and to see the exhibition, Not Everyone will be Taken into the Future by Ilya and Emilia Kabakov which will have just opened this week.  Transport by coach will be provided to the venues.

The morning session is devoted to cities within the former Yugoslavia and Soviet Republic.  Dr Marko Ilic (Teaching Fellow, Newcastle University and Associate Lecturer, Courtauld Institute) will look at two Balkan cities, BELGRADE and SARAJEVO. This will be followed by a discussion of the Ukrainian city of KIEV by Susanne Clausen and Pavlo Kerestey (artist-collective, Szuper Gallery).

In the afternoon, Adina Drinceanu (Independent curator and researcher) will examine BUCHAREST in the light of its relationship to other significant Romanian art centres, Cluj and Timisoara. The course is then rounded off by a panel discussion which will bring together issues raised by the talks such as, what is the ‘New East’ in terms of art? How do internal networks currently operate across the region as a whole? How is the art being disseminated elsewhere, and what else could still be addressed by institutions and galleries? The panel chaired by Anna Moszynska includes Lina Dzuverovic (independent curator and lecturer, University of Reading) and Elena Sudakova (Director of GRAD, Gallery for Russian and Eastern European Arts and Design).