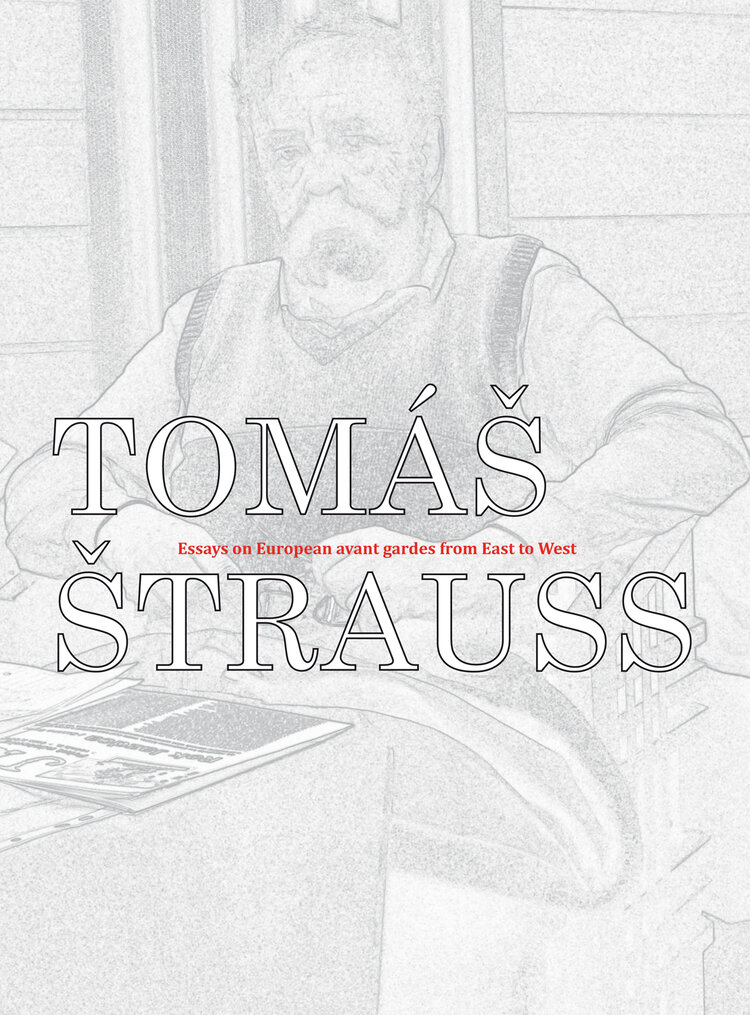 Please join us for a panel discussion launching the publication of Tomáš Štrauss: Beyond the Great Divide. Essays on European Avant-gardes from former East and West (eds Daniel Grúň, Henry Meyric Hughes, Jean-Marc Poinsot), which is part of AICA Press / Les Presses du Réel’s series on ‘Art Critics of the World’ (https://aicainternational.news/aica-publications).

Beyond the Great Divide is the first English-language anthology of writings by the Slovak critic, Tomáš Štrauss (Budapest 1931 – Bratislava 2013), a key theoretician of the post-war neo-avant-gardes in socialist Central and Eastern Europe. The volume includes essays on Béla Bartók and ethnography, Lajos Kassák, action and conceptual art, phenomenology, and on the question of Ostkunst. The event will serve as an opportunity to take stock of the ongoing relevance of Cold War art historical legacies.

Henry Meyric Hughes, Hon. President of the International Association of Art Critics (Paris), is a curator and writer on modern and contemporary art in Europe. He was British commissioner for the Venice Biennale (1986-92), and founding Chair of Manifesta (1993-2007) and the International Awards for Art Criticism (IAAC) (Shanghai and London, 2014- ). He co-curated the XXX Council of Europe exhibition, Critique and Crisis/The Desire for Freedom. Art in Europe since 1945 (Berlin, Tallinn, Milan and tour, 2012-15). He contributed a chapter to the special issue of British Art Studies, ‘British Sculpture Abroad 1945-2000’ (London and Yale, July 2016). He is co-editor (with Jean-Marc Poinsot and Daniel Grúň) of Tomáš Štrauss and two other books in the AICA series, Art Critics of the World.

Klara Kemp-Welch is Reader in 20th Century Modernism at the Courtauld Institute of Art, where she teaches the art history of the Cold War, Eastern Europe and Latin America. She is author of Antipolitics in Central European Art. Reticence as Dissidence Under Post-Totalitarian Rule 1956-1989 (London: IB Tauris, 2014); Networking the Bloc. Experimental Art in Eastern Europe 1968-1981 (Cambridge Massacusetts and London, England, The MIT Press, 2019). She is currently working on a monograph on contemporary art, mobility and migration in the EU.

The event is organised by Klara Kemp-Welch (Courtauld Institute of Art), with the support of AICA-UK.

Places are free but limited in number. Booking is essential through Eventbrite:  https://www.eventbrite.co.uk/e/beyond-the-divide-european-avant-gardes-from-former-east-and-west-tickets-305671069397 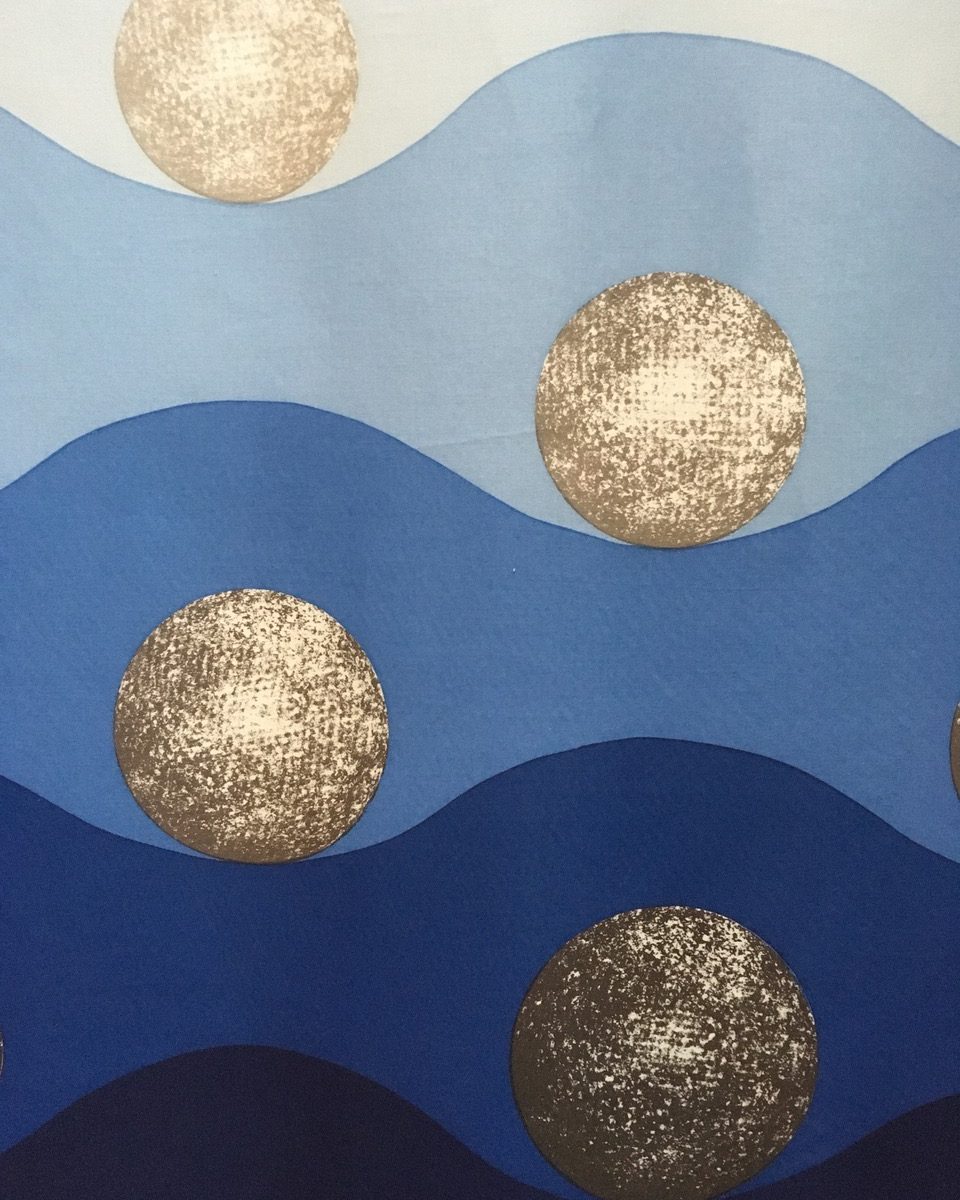 Join Laura Moffatt, AICA-UK Executive member, for a tour of modern and contemporary art in churches.

We’ll meet at 2pm at St Martin’s-in-the-Fields, Trafalgar Square, and visit several central London churches on foot and by bus, ending the tour in Primrose Hill with drinks and a private view of ecclesiastical textiles by Pauline Caulfield (see image).

Artists whose work we shall see include Shirazeh Houshiary, Gerhard Richter, Jean Cocteau and Maciej Urbanek.

Laura Moffat is Director of Art and Christianity, the UK’s leading educational organisation in the field of art and religion.

Caption: Detail of frontal by Pauline Caulfield for Our Lady of Hal, Camden 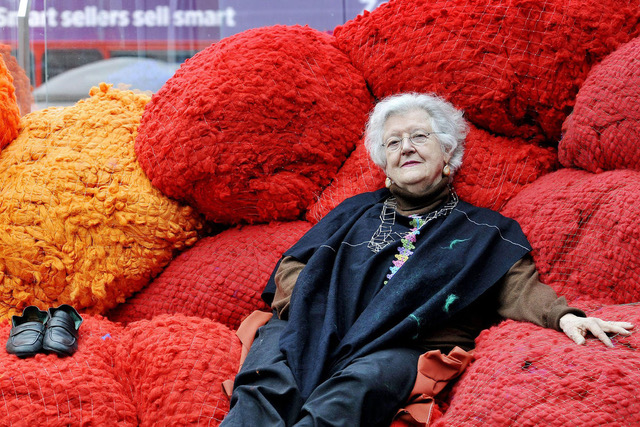 American artist Sheila Hicks, who lives in Paris and New York, is known for her innovative and experimental weavings and sculptural textile art. She incorporates personal narratives and uses distinctive colours and natural materials in her large-scale works for both gallery and public spaces.

Hicks was born in Hastings, Nebraska, and received her BFA and MFA degrees from Yale University. A Fulbright scholarship in 1957-8 took her to Chile where she developed her interest in working with fibre. She went on to found workshops in Mexico, Chile, and South Africa, and work in Morocco and India.

She exhibits globally, with recent presentations of her work including the Venice Biennale (2017), the Whitney Biennale (2014), and the São Paulo Biennale (2012). She had a major solo exhibition, Lignes de vie, at the Centre Pompidou in 2013. Her exhibition at The Hepworth Wakefield, planned for the summer of 2020, has been postponed to a later date owing to Covid-19.

Sarah Wilson is an art historian and curator whose interests extend from post-war and Cold War Europe and the USSR to contemporary global art. She is a Professor of Modern and Contemporary Art at the Courtauld Institute of Art, University of London, and is a member of AICA-UK.

The online discussion took place in the intimate setting of the artist’s Paris studio.

Recording of the conversation. 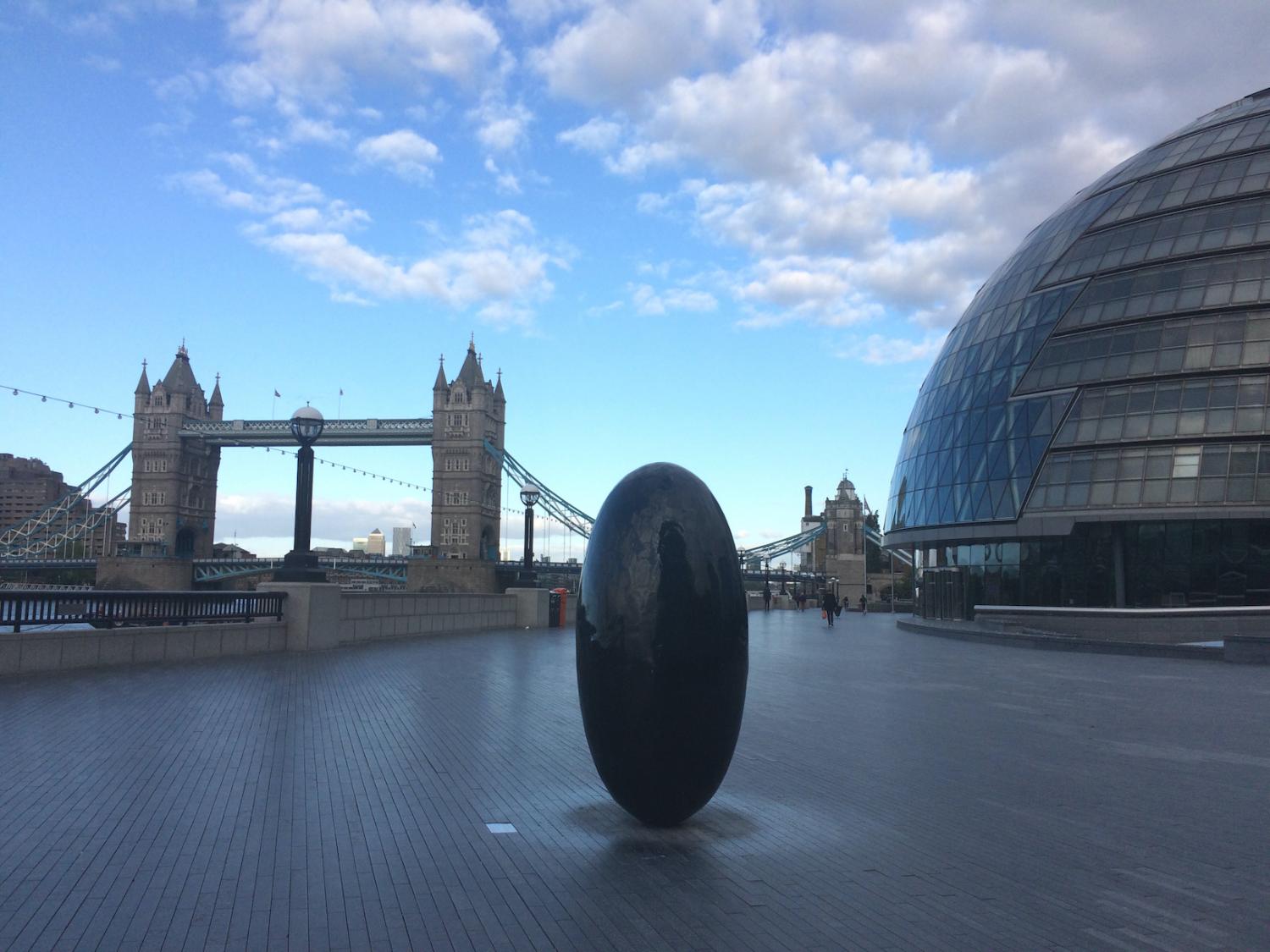 Following the latest easing of lockdown restrictions, the visual arts sector is able to reopen, with museums and public galleries joining commercial galleries that reopened in June. But while those in the sector might hope for a return to pre-lockdown normality, a quick recovery looks uncertain: a recent report from the Creative Industries Federation suggests turnover in museums and galleries sector will have shrunk by £740m, while freelance employment has more than halved. How will this changed environment affect the making and showing of visual art in the near future? And in the aftermath of the Black Lives Matter protests, when many art organisations are rethinking how they relate to artists, audiences and wider political issues, will the lifting of lockdown prompt radical changes in how art organisations understand their cultural and social roles?