The latest issue (no.58) of this bilingual, twice-yearly review of publications about contemporary art is now available.

Details of the contents are given in this press release: Sortie_Release_58

You may also read 332 reviews of books and catalogues at: journals.openedition.org/critiquedart

The International Awards for Art Criticism Ltd. Is pleased to announce a call for submissions to the 8th edition of its annual awards scheme.

Submissions should consist of an original exhibition review in English or Chinese.

The scheme offers four cash prizes. The first prize consists of 10,000 euros, and there are three second prizes of 3,500 euros each.

Around 20 of the shortlisted essays (10 each in English and Chinese) will be published in the original languages and in translation in Exhibition Reviews Annual 8, in Spring 2023.

Please note that the deadline for submissions is 31 August 2022.

The awards are jointly funded and administered by the School of Philosophy at Fudan University with the Minsheng Art Foundation, Shanghai, and the Royal College of Art, London and Edinburgh College, Edinburgh University, in collaboration with the International Association of Art Critics (AICA), Paris.

AICA-UK utterly condemns Vladmir Putin’s war on Ukraine and in particular the bombing of civilian populations. This ‘revenge of technology’ (to use Walter Benjamin’s phrase) catalysed Picasso’s Guernica 1937, one of the most powerful paintings of the twentieth century.

History repeats itself, with far greater casualties. We witness the human tragedy with its unbearable images relayed by the world media. Museums, works of art and memorials to Second World War atrocities are also damaged and destroyed. ‘What is the point of saying “never again” for 80 years, if the world stays silent when a bomb drops on the same site of Babyn Yar? At least 5 killed. History repeating …” (Volodymyr Zelensky, President of Ukraine).

We stand with the brave and suffering citizens of Ukraine, their destroyed cities, architectures  and landscapes. We stand with Ukrainian artists, museum workers, gallerists, critics and scholars, both inside and outside the country who work to maintain Ukraine’s cultural life and heritage. We will work with you.

We also stand with artists, museum workers, gallerists, critics and scholars inside and beyond Russia, who for three decades have worked tirelessly to promote Russia’s historic and contemporary artistic heritage. These include their collaborations with British venues and for British publics. Your endeavours, your livelihoods, your aspirations are fundamentally threatened. We do not forget you; we will work with you.

We remember that AICA, the International Association of Art Critics was created in affiliation with UNESCO, the United Nations Educational Scientific and Cultural Organisation, as a network functioning across borders. In the immediate aftermath of the Second World War, AICA reached out across the bombed landscapes of Europe.

AICA-UK and our worldwide colleagues in other branches of AICA internationally will maintain friendships and connections, protest and work for peace, during war and in anticipation of times of reparation and reconstruction.

AICA Press has recently published two new volumes in its series Art Critics of the World.

The first is the first English-language version of the writings of the Slovak critic Tomáš Štrauss (1931-2013), who is known as a visionary critic and key theoretician of the neo-avant-gardes of central and eastern Europe from the early part of the twentieth century up to the fall of the Berlin Wall. A member of AICA from 1966, he was an important advocate of East-West exchange, and as a university professor in Bratislava he played a part in the cultural revival in Czeckoslovakia in the 1960s, during the Prague Spring. During his temporary emigration to West Germany in the 1980s  he continued to lecture, organise exhibitions and write extensively about art, often focusing on the relationships of the avant-gardes in the two halves of the divided continent.

The second focuses on the writings of the critic, sociologist and art historian  Walter Grasskamp (born 1950), who was a professor of art history at the Akademie der Bildenden Kunste in Munich from 1995 to 2016. Throughout his teaching career, he frequently wrote for newspapers, magazines and catalogues. He became known for his expertise in the political theory and social history of museums, exhibitions, and public art, and fostered the oral history of German post-war art through interviews with painters, curators and gallery owners. Fascinated by the way artists have of establishing, developing and defending an individual oeuvre, he wrote many profiles of key artists of his age, including Joseph Beuys, Hans Haacke, Sigmar Polke and Gerhard Richter. 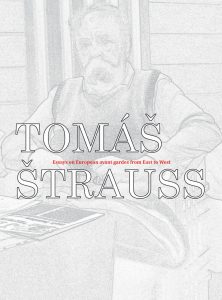 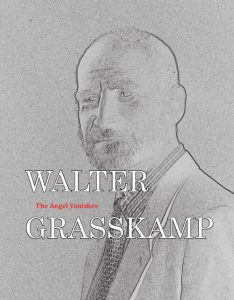 AICA’s series, Art Critics of The World, aims to offer ‘the widest possible readership texts by original critics who best represent their countries, and who are not yet as internationally famous as they should be’.